OVRHA wishes to congratulate Pam Haas and Kickit In the Bud aka “Buddy” for being 2011 Horse of the Year.  They earned the most money of any horse and rider pair at OVRHA shows.  Pam has owned Buddy since December of 2009.  In 2010, they showed in the Rookie 2, earning the year end award for OVRHA and qualifying for Rookie of the Year in OKC.  In 2011, they showed in all divisions of the Non Pro, winning multiple year end awards.   They were also 9th in the Nation in the Limited Non Pro.  Pam plans to continue to show Buddy in the Non Pro in 2012.  Again, congrats for a great year. 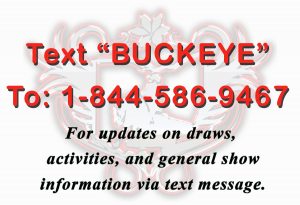